Knock Out The Fat in Less Than 30 minutes With This Gut Busting Work Out!

​SIX ROUNDS TO SUCCESS - THE WORK OUT WHICH KNOCKS OUT YOUR FAT!

SIX ROUNDS TO SUCCESS - THE WORK OUT WHICH KNOCKS OUT YOUR FAT! 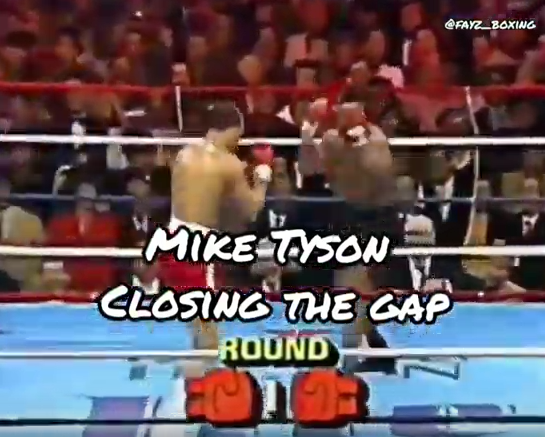 Mike Tyson is a name I am sure we all recognise, the heavyweight exploded on to the scene in the mid 1980’s and would go on to become one of the giants of the sport of boxing.

Tyson was a lot of things, exciting, intimidating, fast, quick and powerful it is little wonder he rivals Muhammad Ali as the most famous face in the history of boxing.

Now Tyson was a short heavyweight, what is his real height – 5’10? You hear 5’11 but I am pretty sure it was closer to 5’10, I’ve even heard 5’9. What this means, as a heavyweight is that pretty much every one of his opponents was taller than him, making it imperative that Mike Tyson could close the gap in order to get inside of his taller opponents so he could then negate their physical advantages such as reach and height and get to work on landing those hooks and uppercuts he was known for.

The video below shows Mike Tyson fighting against James ‘Bonecrusher’ Smith. Now Smith was 6in taller than Tyson and held an 11in reach advantage, Tyson worked on a way to get on the inside else he would be spending the night at the end of Smith’s jab.

We see Tyson often using the inside slip, most noticeably off his own jab. What this means is that Tyson could cut the gap with the forward step whilst jabbing and he could then cut the gap further with the inside slip. With a single punch, Tyson had successfully closed the gap by combining it with an inside slip.

The inside slip brings you closer to your opponent as opposed to the outside slip. The inside slip also brings you up the middle where you use the screw jab, something Tyson was using in the Smith fight. Taller fighters hate it when a shorter fighter gets on the inside and more so when those punches come up under their eyeline. The last place a taller fighter wants to be is on the inside against a shorter fighter because they then cannot use their reach advantage to keep the opposition at bay and on the outside.

About the Author Fayz

Boxing Coach Strength and Conditioning Coach Boxing Author of: The Boxing Cheat Sheet - Your Ultimate Guide to Ring Survival Strength and Conditioning for Boxing - Work out Hits to get you Fighting Fit! Forgotten Legends of the Ring - Ten Past Masters of the Squared Circle *Any videos or images used on this site to support my articles that are copyrighted are used in accordance to the fair use act and are not my own - all credit is due to the respective owners. No copyright infringement intended.

Get your Strength and Conditioning for Boxing Ebook right now for only £9.99 and for a limited time only get TWO more books absolutely free!

GET YOUR COPY NOW